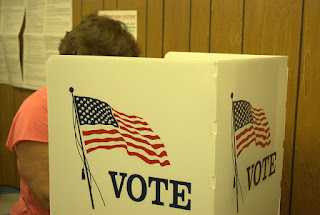 I've been hearing a lot of urbansplaining about rural since the election.

Even though the sharp urban/rural voting divide has been evident on election maps for decades, it's only now that it has captured much attention because the rural vote certainly seemed to affect the outcome this time. Stories and essays about rural voters are popping up.

I've been seeing a lot of rural childhood reminiscences of now-urban commentators that try to explain what rural people are really like. My overall reaction is skeptical. Just because you grew up in a rural area before moving to a big city doesn't mean you're qualified to speak for that specific rural place today or for all rural areas across the US.

Neither do the 30 second sound bites from "typical rural voters" that got interviewed on television add much to a richer understanding. The 3-minute news packages have given all the usual stereotypes of dying small towns a good airing. If all small towns were half as dead as media pieces depict them, there wouldn't have been enough rural vote to influence anything.

I'm regularly in touch with thousands of diverse rural people from across the USA, so I understand that we're not all alike, and we're not one-dimensional people. I wouldn't dream of speaking for all of rural America, and I wouldn't recommend that you let the results of this election speak for us all either.

It seems necessary that I add a disclaimer. You may think my purpose is supporting the outcome of the election, or that I'm condoning racism, hate or violence. I'm not.

Trying to use these election results to illustrate the entire rural population is by definition going to draw a poorly nuanced picture. If you're interested in a deeper understanding of rural, I invite you to the conversation.
Posted by Becky McCray at 9:59 AM