Converting from a windmill to a solar powered water pump

Here's the old windmill head. It's seen better days. The tail is the only thing salvagable. We had just replaced the head on another windmill, so we know that the cost of replacing the head and the fan would be more than a new solar kit. Seemed like now was a good time to experiment. Just getting the head down was quite an experience. 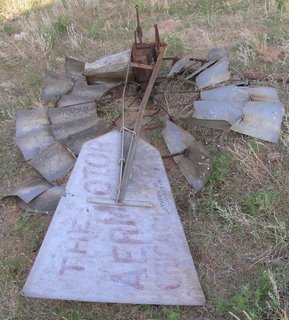 This tower was also a good candidate for this project because it is the worst tower we own. The relatively flimsy structure and poorly made steps make it dangerous to climb. This pic is actually from a couple of years ago, when we were pulling the well to replace the leathers. 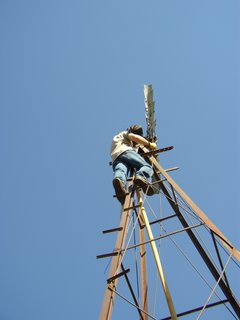 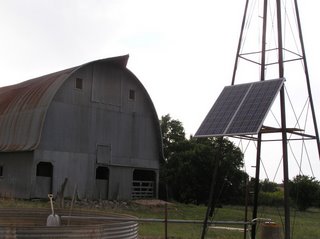 WooHoo! It works!
Posted by Becky McCray at 8:21 AM